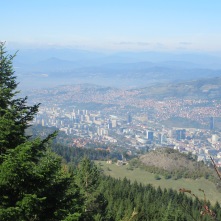 View of Sarajevo from Mt. Trebevic 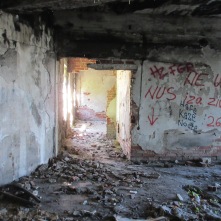 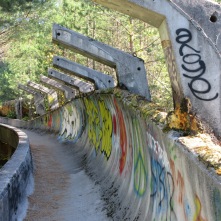 Remains of the Olympic bobsled track 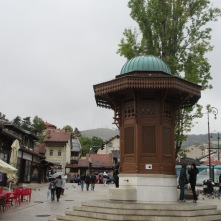 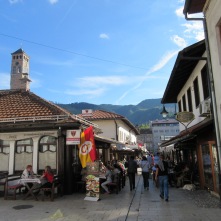 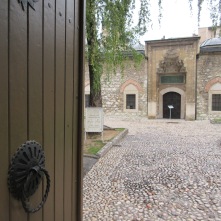 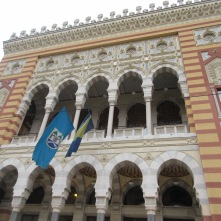 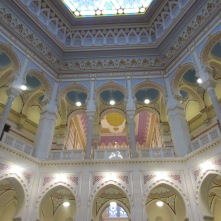 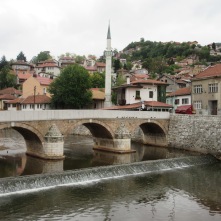 Bridge over the Miljacka River

A few weeks ago, I stood on a hillside taking in the view of Sarajevo in the valley below me. Following the east-west outline of the Miljacka River, I could make out the old Ottoman quarter with its numerous shops and outdoor cafes, the grand Austro-Hungarian-style buildings lining the river banks, and shiny new towers rising alongside the canary-yellow Holiday Inn at the city center. To the west I could see neat rows of high-rises, and across the valley, the bubble-shaped television tower atop the hill where I once lived.

On that crisp October day when the city gleamed in sunlight and the sounds of church bells and the call to prayer mingled in the breeze along with a gentle rustling of leaves, it was difficult to imagine the hell that this city, and the country as a whole, endured not too long ago. The country lost more than 100,000 lives during the 1992-1996 conflict, and Sarajevo suffered under a siege for 1,425 days cut off from regular access to electricity, food, water, medicine, and the outside world. The spot where I stood on Mt. Trebevic was one of the sniper nests of the Bosnian Serbs under the command of Radovan Karadzic and Ratko Mladic. They launched an estimated average of 329 shells daily upon the civilian population, including on schools, hospitals, crowded markets and bread lines; on the worst day, more than 3,000 shells bombarded Sarajevo. Even now, the remnants of war are visible in the still-pockmarked buildings from bullets and mortar shells and in the array of white grave markers crowding fields and perimeters of the city.

Continue to the Ploughshares blog for more… 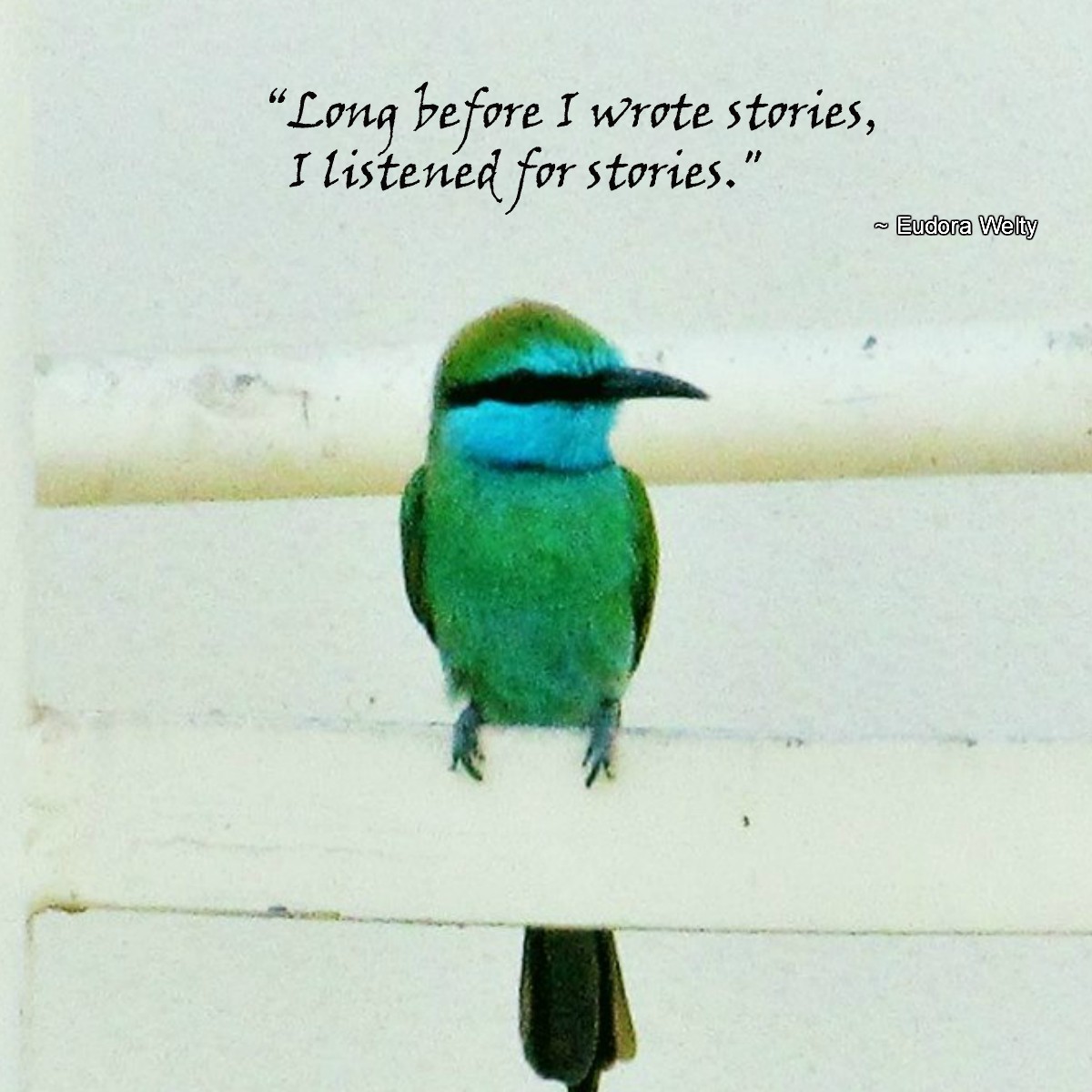 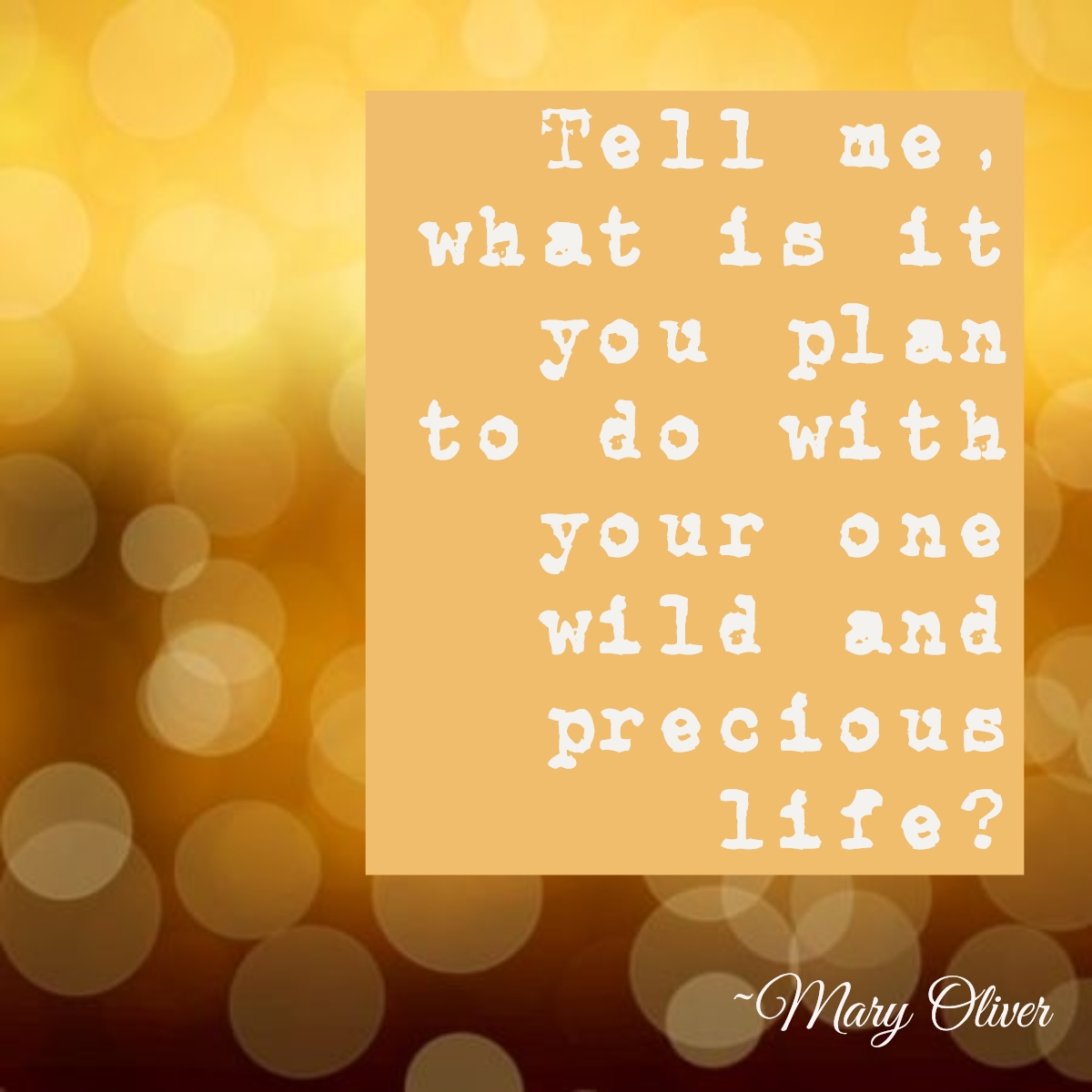 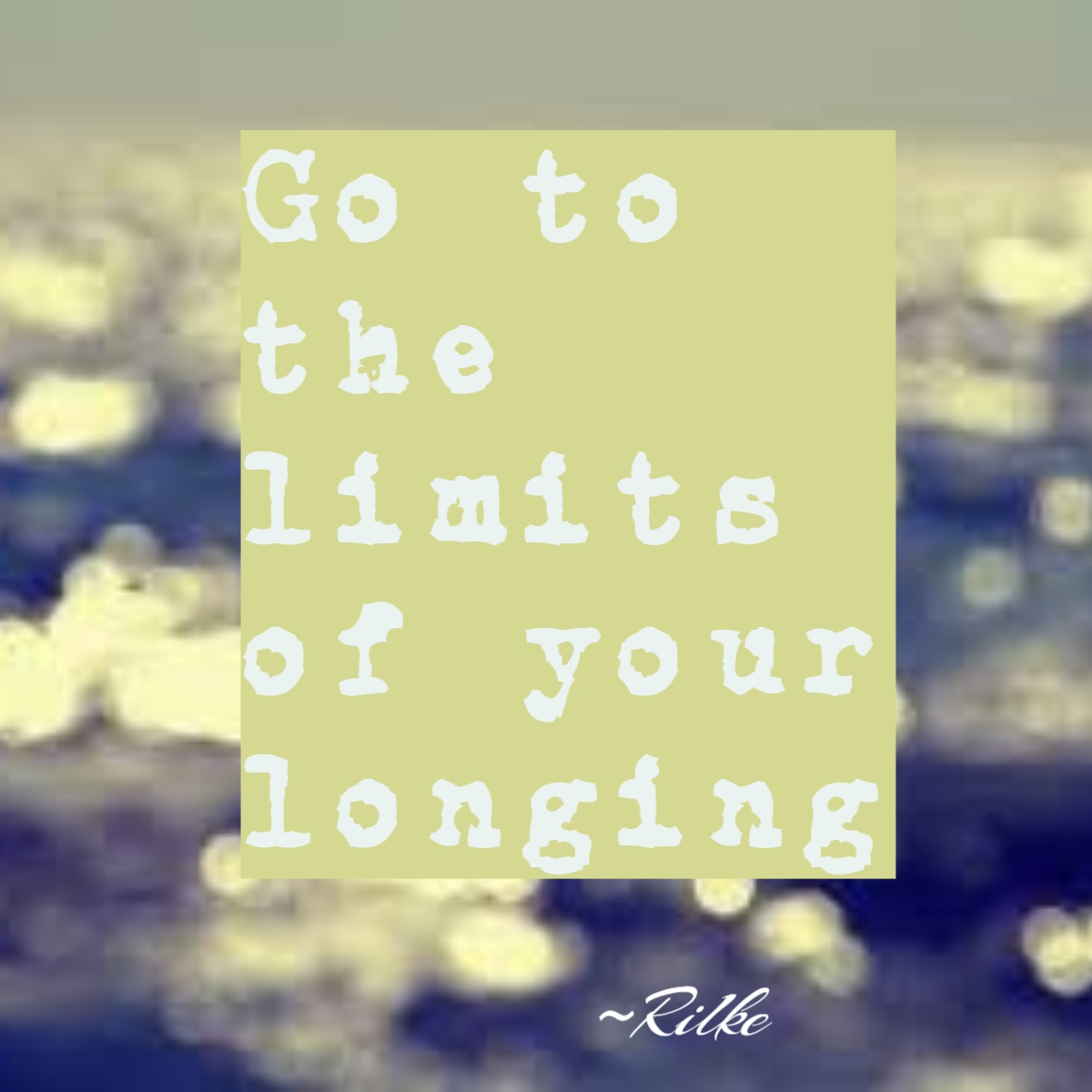 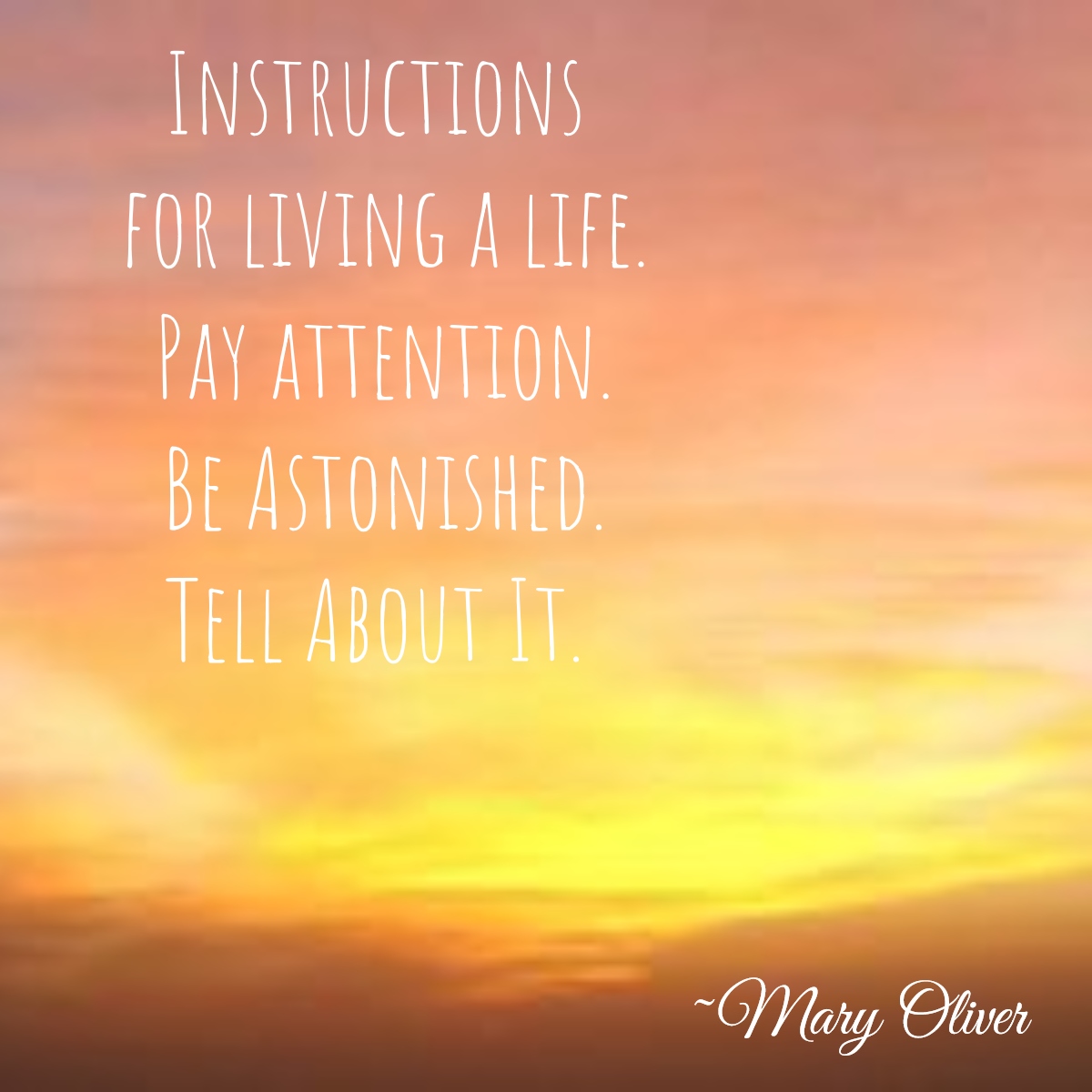 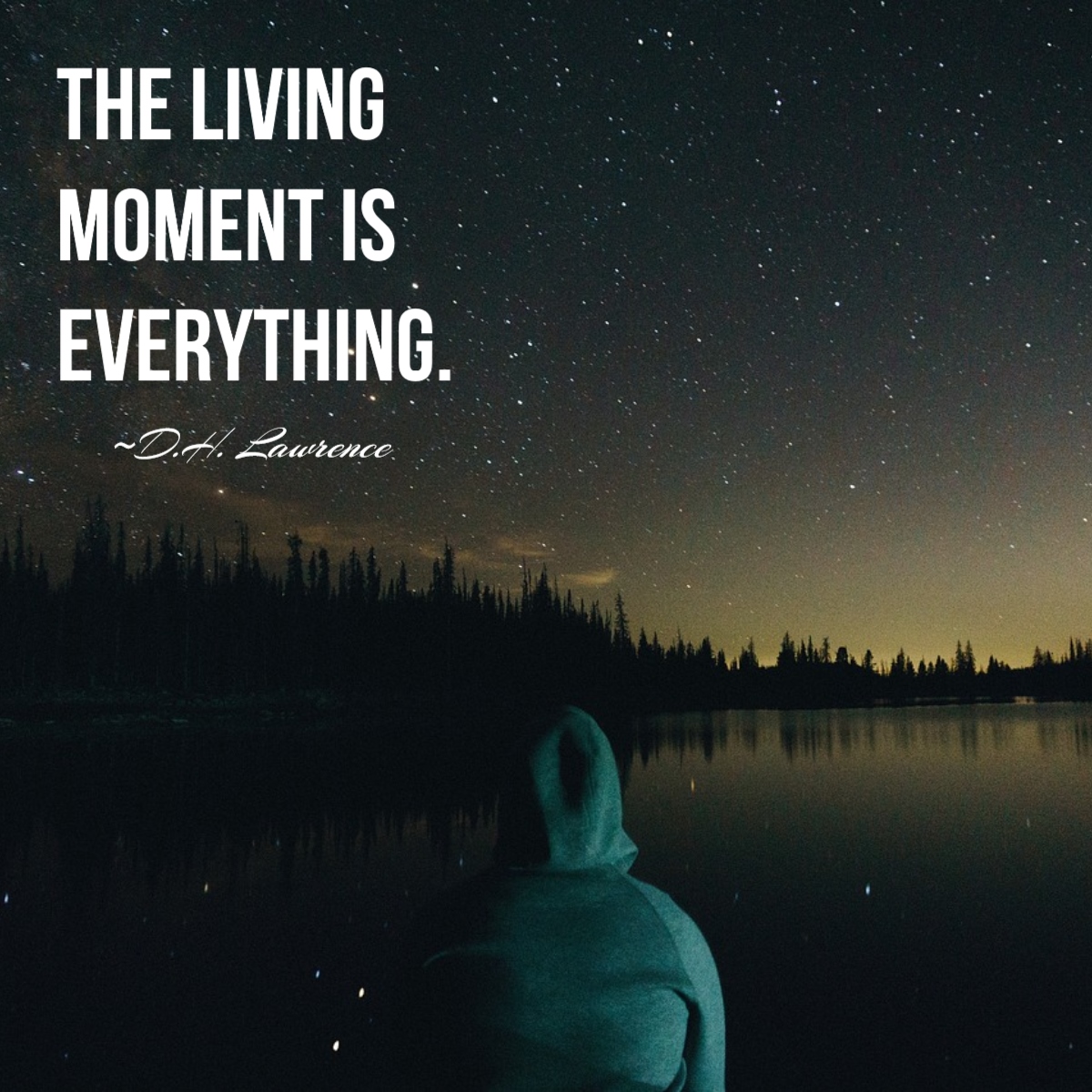 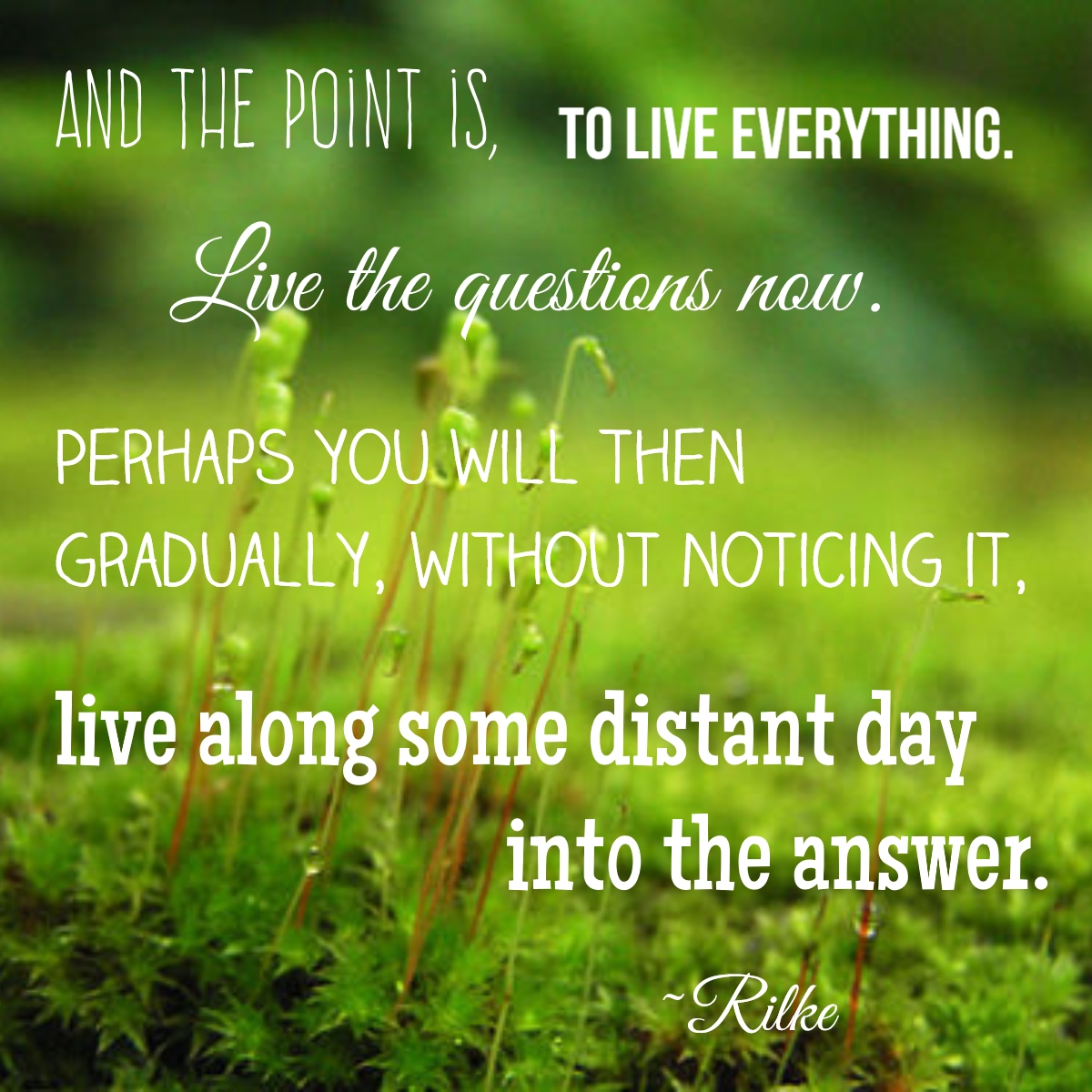